5 Tips To Get Better At Football: 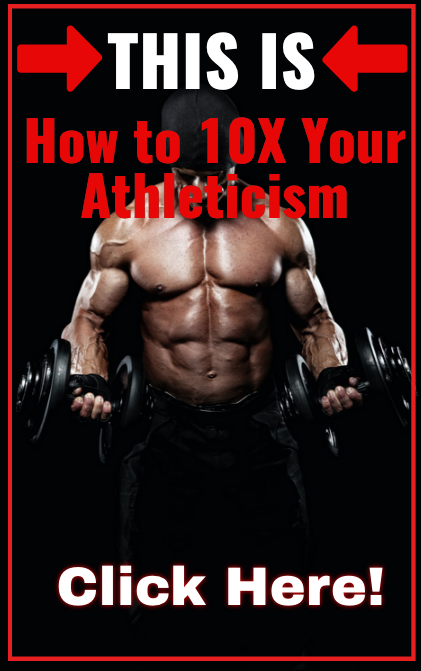 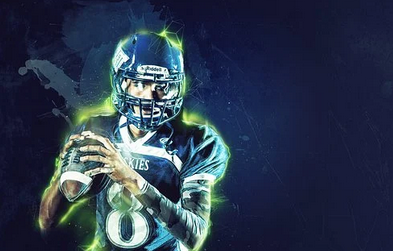 We all want to get better at football. Every. Single. Football. Player. Does. It doesn’t matter if you’re on a high school JV team, or in the NFL, every good football player has to always improve their game.

Now, the game of football is always evolving, but that still doesn’t take away the fundamentals of what makes a good football player.

In fact, just using these 5 tips should automatically make you better than 50% of your team! Seriously, the amount of football players that don’t show up to practice, mess around in the weight room and stand on the sidelines during practice is ridiculous.

With that being said, I am going to go over 5 tips on how to get better at football.

How To Get Better At Football:

There are many things you can do to get better at football, however a lot of them are very individualized. For example: “take a flutter step at the snap before you commit to running somewhere.” I do plan on doing articles like that in the future, however this article is more broad.

How to Get Better At Football: 5 Basic Steps

Those are just the quick insights on how to get better at football. Continue scrolling and I’ll explain in detail how to correctly do them and why you need to do them.

Nothing gets you better at football than practice. Literally nothing. The best football players always show up at practice, and practice hard.

I want to point something out that a lot of people don’t seem to notice. A good majority of the bench warmers on your team don’t actually practice. What do they do? They stand on the sideline playing catch like idiots, instead of getting reps.

Do any STARTERS do that? I don’t think so. If you want to be good at football, immediately start getting as many reps as you can at practice.

But how do I get more reps?

Easy. Swallow your ego. I don’t care if you have to go play with JV, or even Freshmen to get reps in. Watching the varsity play without you isn’t gonna get you as good as actually playing is. If you’re in college or above, play with the scout team! Just do anything you can to actually play.

If fore some reason you can’t get reps in during practice, you may have to practice on your own time. Just go to a local field and throw the ball. Work on coverage, routes, anything you have to do. Lots of top level athletes do this too, and it’s a really good way to go have fun and still practice. Go grab a couple of friends and go throw a football. That still counts.

In football and in life, being prepared is the key to success. Watching film prepares you for the opposing team. Knowing your opponents can be the difference between making a great play, or letting your opponent make one.

The greatest NFL players always watch film, and the now retired Luke Kuechly was a GOD when it came to film on the field. He was arguably the best linebacker in the NFL until he retired, and he credits it to watching so much film. He says that the time you spend on film is worth it when you make plays.

So, how exactly do you watch and diagnose film?

It’s not too hard. Most teams have a HUDL account, and have tape on opposing teams. You usually go over what the other team runs as a team, and your coaches will know how to gameplan for it.

YOU, on the other hand, should be watching the player you’re gonna go up against. Are you a wide receiver? Watch the corners tendencies (how he presses, how fast he is, if he flips his hips quickly, etc).

Study the other player, and figure out how to use your strengths against his weaknesses. Another example: You’re a linebacker watching film on your next games tight end. Lets say he’s 6’6 and about 230. He’s a big guy, but you notice on film that he’s slow and he runs routes sloppily.

If you’re a fast linebacker, you’re going to want to use that speed to your advantage, and try to learn what he does on specific routes. Maybe he moves his shoulders and head a certain way before he runs a corner or an out. Learn that, and use your speed to jump the route. Boom. That’s a play made just from watching film.

The final part of watching film is self evaluation.

How do you self evaluate on film though?

You’ll want to look at every play you’re in, and make notes of what you did. Most football players can tell a good play from a bad play. If you’re not sure, you can always ask your coach.

Lets say you find a good play. You should add it to you highlight reel. If you find a mediocre play, just acknowledge it and move on.

But, if it’s a bad play, then think of what you could’ve done better, and ask yourself how what you can do in the future to stop it from happening again. Try to look for patterns, for example, filling the wrong gap on a power run.

By learning to be an elite film watcher, you’ll be guessing the plays of the other team in no time. Seriously, that’s possible. Luke Kuechly would do it all the time.

How to Get Better At Football Fast

Tip #3: Talk to Your Positional Coaches

The third tip on becoming a better football player is to talk to your positional coaches. You’ll want to do this because they’re watching you play, and they know more about you and what you need to be doing.

You do this by just asking them “what can I work on?” This will show them that you care about being a better football player, and you want to help out the team.

Your positional coaches will be able to give you better advice on what you’re doing right and wrong.

Another really important tip is to go to the gym. And I don’t mean go once or twice a week, I mean go at least 3-5 times a week. Do you ever see bench warmers in the gym? I don’t, not as much as starters anyway.

Another important part of going to the gym is to have and use a good workout. A lot of guys will just go to the gym without any workout plan, and will end up wasting their time. If you’re going to be in the gym working out, you might as well have a good program to follow!

I recommend splitting your workouts into a upper day and lower day sequence. Do an upper body workout on Monday, lower on Tuesday, rest on Wednesday, and repeat.

Keep in mind that football players ARE NOT bodybuilders. We’re athletes. Having muscle and being ripped is nice, but speed, strength and explosiveness are more important for the game of football.

The Best Workout Program to Use

The best overall workout program for football players is Athleticism Unlocked. If you want to be the best athlete on the field without spending 4+ hours in the gym, or getting on crazy supplements, this is the program for you. It’s very cheap for such a powerful workout program, a low cost for a high benefit.

You can find it here. Athleticism Unlocked will help you gain muscle, build strength and get faster. It’s the best workout program on the market for football players, and if you want to get better at football, it’s a quick way to jump start your progress.

How to Get Better At Football Tip #5: Bond With Your Team

Nothing is more powerful than a team with a strong bond together. If you ever wonder why you see teams that are less talented than other teams win, it’s probably because they have a stronger bond.

When you play for each other instead of playing for yourself, you actually make more plays and help your team win. Lots of guys will transfer to big schools and live in a coaches basement for a year, and then go off to play college ball. Were their teams super successful? Nope. They probably weren’t as successful as they could’ve been either if they weren’t playing for themselves.

Do you know the movie “Remember The Titans?” Their team was pretty good, but they didn’t play well when they were arguing together. As soon as they got their act together and started to work as a team, they won the championship.

But how do you bond as a team?

It’s pretty simple, you just hangout together, have fun and work hard. Watch each others backs, and do your part on the field.

Conclusion: How to Get Better At Football

By following these 5 tips, I promise you’ll improve at football. It doesn’t matter if you’re a benchwarmer, or the best player on your team, everyone can improve by doing these.