This is the Under Armour Men’s Combat V Football Gloves Review. In my sophomore year of football, I wore the Under Armour Combat V Football Gloves all year long and had a terrific season. A lot of that credit goes to the gear I was lucky enough to have. My gear consisted of good lineman cleats, a good helmet, and good pads. I hit offensive linemen hard, never lost grip on a ball carrier, and didn’t get a single injury.

The year before, I had injured my right wrist and was out for two weeks while my teammate took my starting spot. I was furious that I was stupid enough to not wear gloves and ended up getting hurt because of that. Luckily I came back and didn’t get another injury, but it was already the end of the season.

I trained super hard in the offseason, getting stronger, faster, and bigger. The only missing part was the gear. I went looking for a good pair of gloves. Luckily for me, I found the Under Armour Combat V Football Gloves at a local store and used them all season long.

Who Are the Under Armour Combat V Football Gloves For?

The Under Armour Combat V Football Gloves are for linemen and linebackers. This is because they’re padded gloves, and only two positions typically use those. Think about it, wide receivers don’t need to have pads on their gloves, they just need to be able to catch.

On the other hand, linemen and linebackers are firing off into each other and striking opponents with their hands. It’s imperative their gloves are padded in the right areas. The Under Armour Combat V Football Gloves have exactly that.

The one thing that makes a pair of football gloves great is the technology that comes with it. The Under Armour Combat V Football Gloves have amazing technology, and that makes them amazing gloves. But what is this technology they have?

The Under Armour Combat V Football Gloves has a removable wrist wrap so you don’t have to get taped before the game. It gives you more wrist support, and in case you don’t want it, it’s removable.

The wrist wrap is also very comfortable, and it doesn’t get in the way of playing. To use it, you simply wrap it around your wrist and velcro. The only downside to this is, is that it takes longer for you to get your gloves on and off.

The best part about the Under Armour Combat V Football Gloves is the padding. Without gloves, I’d hit linemen and feel some pain in my hands, so I never really ended up hitting as hard as I could.

Luckily, I found these gloves and was able to strike with my full force, and never once felt any pain in my hands. If I made a tackle but got my hand(s) stepped on, it was no problem thanks to the outside pads. If I fired off into an offensive lineman, my hands were completely fine!

Notice the white pads at the bottom of the glove? Those will help you strike into your opponent. The way you’re supposed to strike an opponent using your hands is with the bottoms out and your fingers bunched in. Having a high bench press helps you strike hard too, but having the right gloves makes it more effective.

During the time I used these gloves (5 1/2 months) there were no major issues with them. The only minor ones were that they smelled bad after a few weeks, and weren’t very breathable.

The bigger ones (still not that big) came at the end of the season where I discovered two very small glove rips between my thumb and pointer finger. These didn’t affect me at all playing-wise, and luckily there were never any more rips after that.

Of course, you always have the small chance of getting a poorly manufactured pair, but that’s never happened to me. And if it happens to you, you can probably just return them for a new pair.

The Under Armour Combat V Football Gloves are made from some pretty good materials. The main material is nylon, and it’s obviously made by under armour. It passes the NFHS/NCAA/NOCSAE standards for safe gloves.

One of the most easy ways to understand a product is it’s pros and cons. Below is a table of pros and cons so you can thoroughly understand the Under Armour Combat V Football Gloves review.

All in all, If you are a linebacker or lineman, you should definitely consider buying these gloves. This is because they kept me safe, as I didn’t have a single injury that year. They allowed me to hit my opponents hard and have a great season, and I believe they can do the same for you. 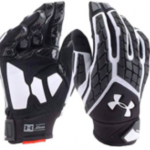 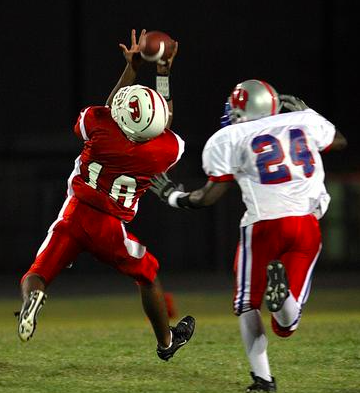 The Best Wide Receiver Cleats For 2021: (The Only Guide You’ll Ever Need)

Cleats For Wide Receivers A wide receiver is a football player that specializes in catching passes. As a receiver, you need to be fast, athletic, and even strong. In order to make sure you’re the Read more… 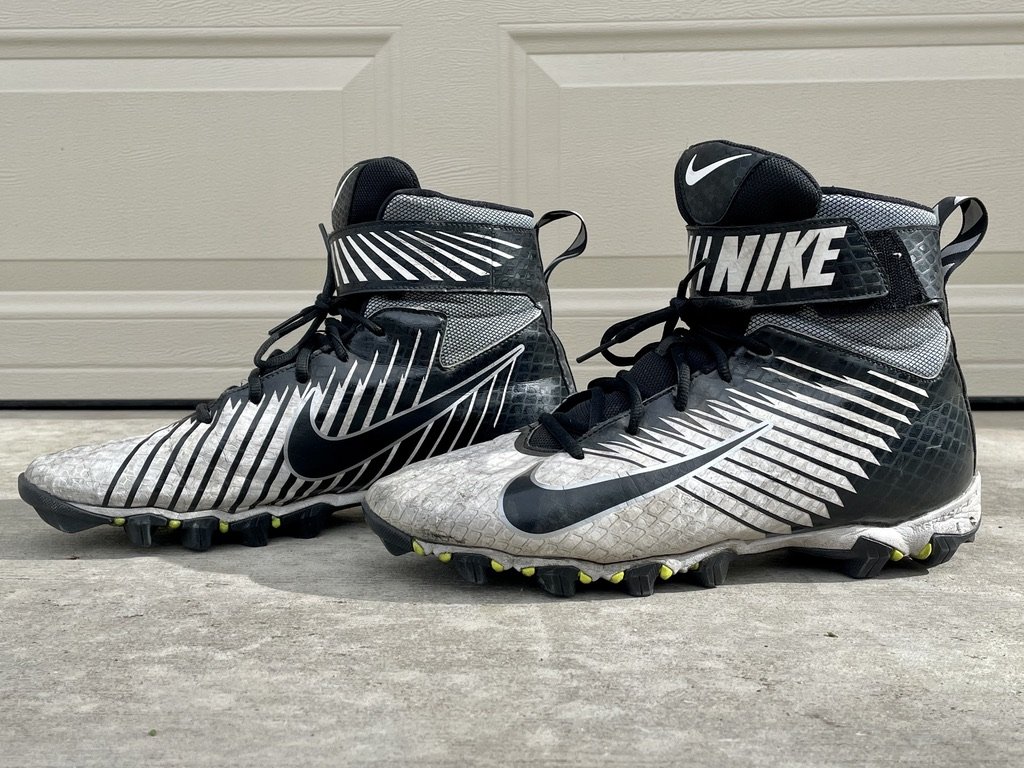 Nike Strike Shark Review: User Tested With Everything You Need to Know!

Nike Strike Shark Review: In my sophomore year of high school football, I used the Nike Strike Shark Cleats. These cleats were incredible, and in this article, I’ll review them with all the information you Read more…

Overview: Riddell Speedflex Review Founded in 1929, Riddell is one of the top leaders in revolutionary football equipment. Its most famous helmet, the Riddell Speedflex was released in 2014, just before the start of the Read more…